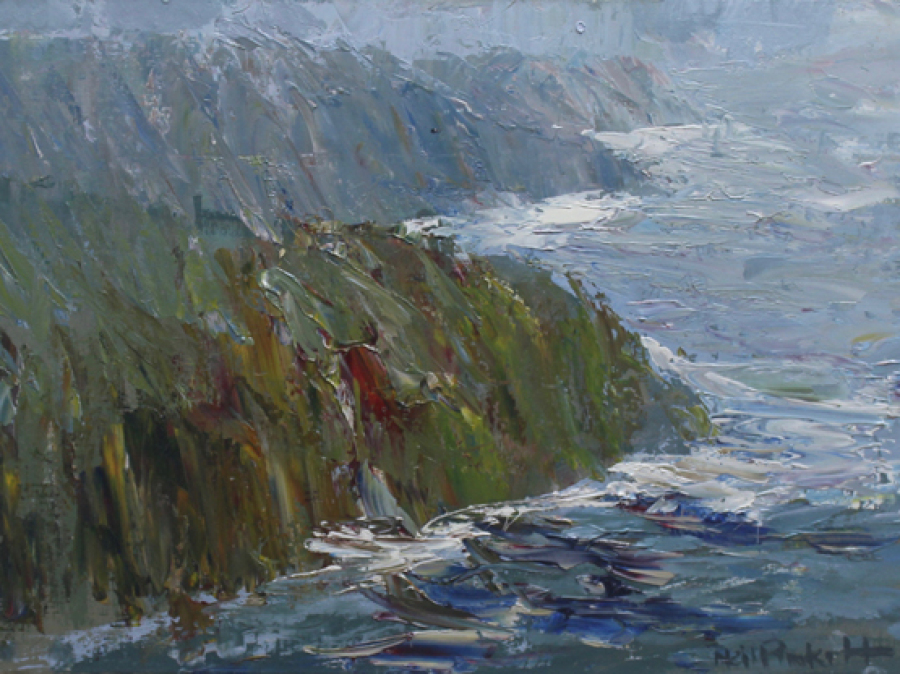 Painting in Oil on Panel

Neil Pinkett was born in St Just-in-Penwith in 1958 and spent his childhood in West Cornwall. After a successful career as an illustrator spanning twenty years, Neil decided to dedicate himself to painting full-time in the mid-1990s. An acclaimed solo-show followed almost immediately and since that point Neil has built a reputation as one of the foremost landscape painters in the county. Today Neil splits his time between Bath and Cornwall, spending the summer months living in his studio in Marazion, overlooking St Michael’s Mount.

Neil travels widely – landscapes and landmarks from these journeys feature heavily in his work. Neil works predominantly in oil paints, texture and over-painting being used to create impressions of atmosphere and light.