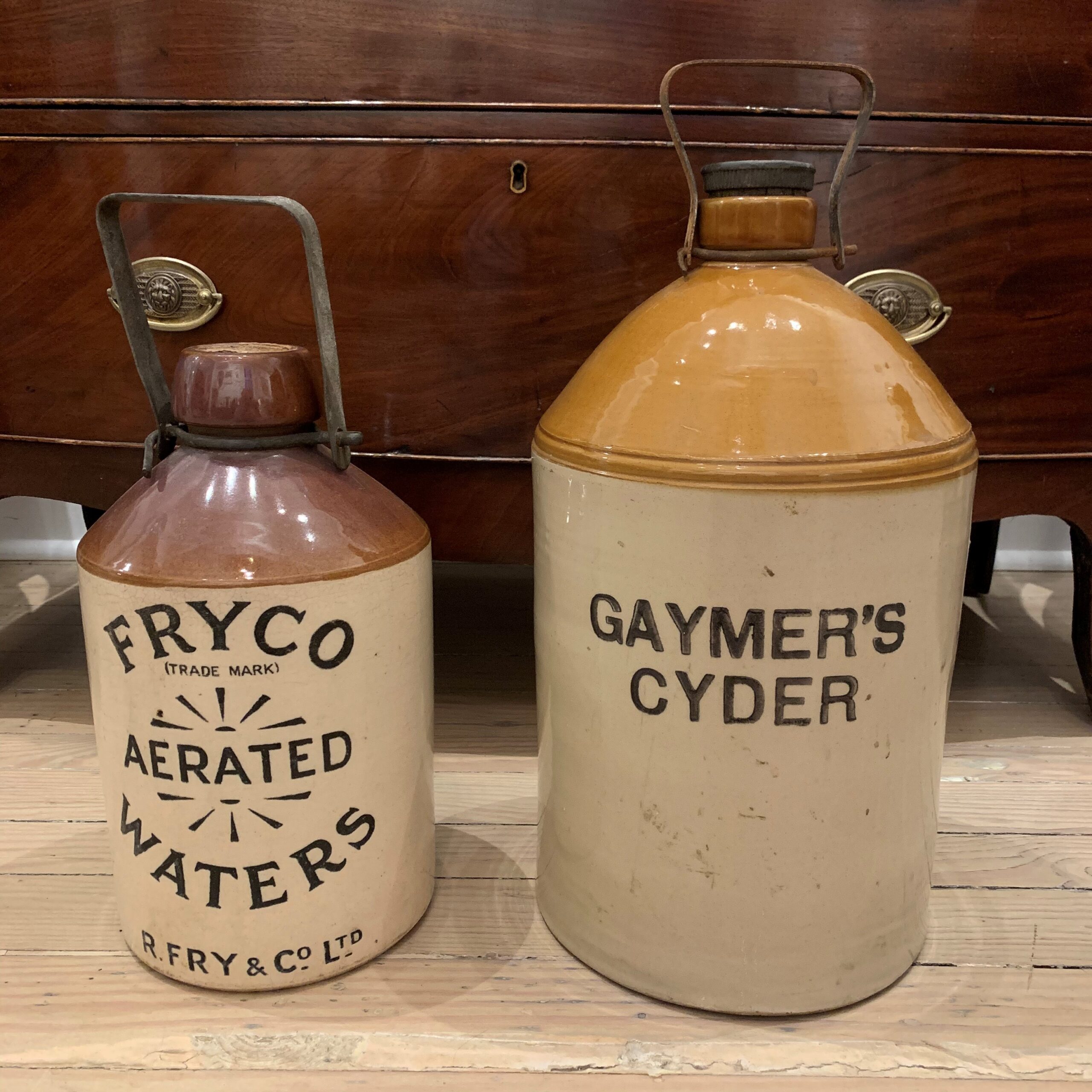 During the 19th century Taverns and inns would have a variety of pottery and stoneware barrels on their bars to pour drinks.

R. Fry and co Flagon: This company was first set up in Brighton in 1874 and moved to larger premises in Portslade in 1920.  This bottle was made around 1920 and has an iron carrying handle. This would probably have been sold to be consumed at home.

Gaymers Cider flagon with original metal carrying handle and tap. This could have been purchased to consume at home, but as it is so large could also have been used on the bar of a small tavern or ale house. Gaymers Cider was founded in Banham near Attleborough in the late 19th century and the company still exists today.